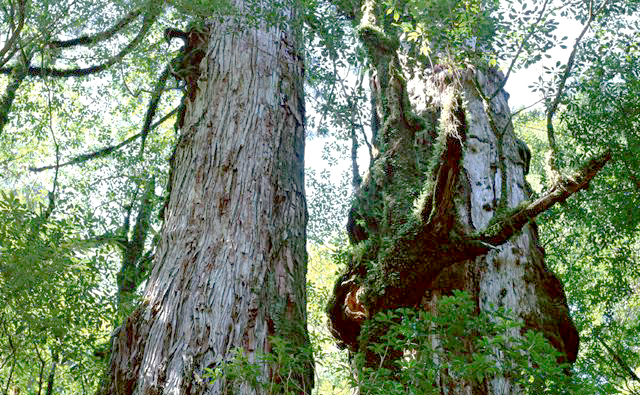 When you think of a “tree”, what shape do you imagine?

When you draw a tree, I think that there are 2 types of tree : a conical tree that extends upward like a cedar, and a tree that branches and spreads horizontally like a cherry blossom.

These two characteristic tree species are classified into “Conifer” and “Hardwood”.

Conifers have the conical shape that extends straight up.

The shape of the leaves is generally thin and literally conical.

Also, most of them are “evergreen” trees that do not shed their leaves   in winter.

The representative trees are cedar, cypress, and fir.

Many conifers are relatively light and strong, so they are used as posts and beams for construction.

On the other hand, hardwoods have the tree shape that branches and spreads horizontally.

The shape of the leaves is generally wide and flat.

Some are “evergreens” like conifers, while the others are “deciduous trees” whose leaves fall in winter.

As the nature of hardwoods, they are heavy and hard, so they are often used for furniture and interior materials. 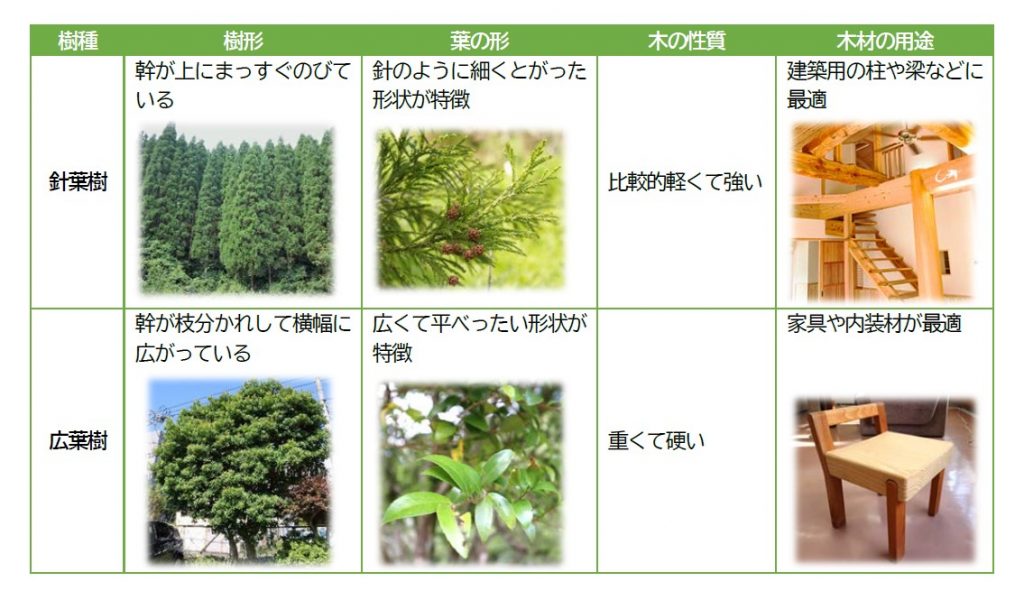 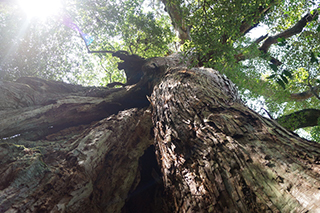 Trees have a long lifespan, some of which exceed 5000 years.

Many of the Japanese Yaku cedars registered under the World Heritage Convention are 2000-3000 years old, and some of them are called Jomon cedars, which are said to be 7000 years old.

Why can trees hold giant bodies and maintain longevity?

It’s thanks to a substance called “lignin”.

This unfamiliar substance, lignin, was originally a harmful emission to plants, but in the evolution process, plants changed from underwater life to land life and they performed an exquisite treatment at that time. They had discharged lignin into the water before but changed to take it into the body and make it harmless.

The lignin taken into the body works as an adhesive by sticking to the cell walls that make up the wood fibers as if they were cemented. In this way, the tree has the property to make the entire body strong extremely and long-lived.

Why you want to take a forest bath.

For example, when you are tired in your daily life or want to change your mood, don’t you feel refreshed both physically and mentally when you take a forest bath? 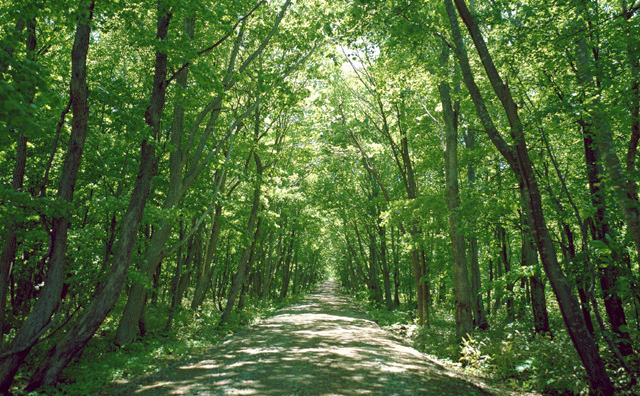 The source of the refreshing effect is the scent emitted by trees called “phytoncide”.

Plants and trees protect themselves by releasing the fragrant that has   bactericidal substances in order to keep out foreign enemies such as bacteria, molds and pests, and to keep pathogens out of the wounds of trees.

Bactericidal action is not only that. There are deposits such as carcasses and manure in the forest. The reason why they do not smell at all is because phytoncide has the ability to purify and deodorize the air.

Phytoncide refreshes the air in the forest and at the same time brings   a positive effect on human health.

Professor Keizo Kamiyama, who taught at Kyoritsu Women’s University, states that “the special ingredients emitted by the trees have a sedative effect that soothes the minds of those who inhale it.” This is the source of the “forest bath” effect.

Gases such as carbon dioxide, methane, and nitric oxide that exist in the atmosphere, which have increased due to human activities are called “greenhouse gases.” The cause of global warming is considered that the greenhouse gases absorb the heat of the sun and the atmosphere warms the earth like a greenhouse, the concentration of greenhouse gases rise, and the temperature on the ground also rises.

As you learned in elementary school, plants have the function of absorbing and fixing carbon dioxide (CO2), which is one of the causes of global warming.

In the daytime, plants absorb carbon dioxide (CO2) from the atmosphere by photosynthesis, decompose it into oxygen (O2) and carbon (C), and release oxygen (O2) (CO2 absorption).

On the other hand, since they are constantly breathing day and night, they take in oxygen (O2) from the atmosphere and releases carbon dioxide (CO2), which is a combination of carbon (C) remaining in the body and oxygen (O2) absorbed (CO2 release).

The amount of subtracting the CO2 released amount from the CO2 absorbed amount is the “CO2 fixed amount”. The carbon stored in the body becomes organic matter (sugar), which becomes a substance that constitutes roots, trunks, branches and leaves.

If you just listen so far, you may wonder “Will logging promote global warming, because trees absorb carbon dioxide?”

Of course, if you just cut down, it will be one of the factors that promote global warming.

First of all, wood is a recyclable resource that can be reproduced.

However, wood such as cedar can reproduce the resource itself by its own vital power and solar energy. If the basic principle of “plant when harvested” is observed, you could say that it is the only resource that human beings can sustainably secure.

And even when trees are cut down, carbon remains fixed unless they are burned.

Therefore, the more wooden products such as wooden houses and furniture, the more carbon will be stored.

Even if it becomes a dismantled material, the wood can be reused or recycled, and even if it is burned, it can be used as biomass energy.

When it burns, it emits carbon dioxide, but since the carbon dioxide that has been absorbed so far is discharged to the atmosphere by burning, the amount of carbon does not increase or decrease, and the amount of emissions is zero. This stable carbon cycle is called “carbon neutral”.

By the way, the amount of carbon dioxide stored in 3 cm square wood is about 9 liters.

Begin typing your search term above and press enter to search. Press ESC to cancel.